While we were camped in Bishop, we had electricity. Each day that we weren't exploring (4 of the 7) I took out the sewing machine, turned the TV on to the Food Channel, and spent the whole day sewing. In addition to making 35 more string squares, I completed 5 more squares for my Victory Quilt. (Well, really, I finished 9 more, since I made several duplicates.) 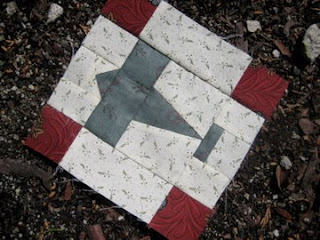 This first one is in honor of my son Kenny, who just left Japan on Monday for "the desert." He didn't know if was to be Afghanistan, Iraq, Bahrain, or Qatar, but he was given 3 days' notice to get everything squared away in order to be gone until August. So this Airplane is for my son who is a Staff Sergeant in the Air Force. It used a simple template for the fuselage, but was basically a simple square to do. 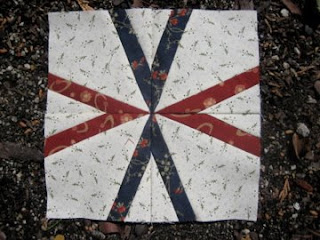 This square is called Victory Block. It also used a template, but the tricky part was aligning the center seams. I guess I got lucky since they came out right! 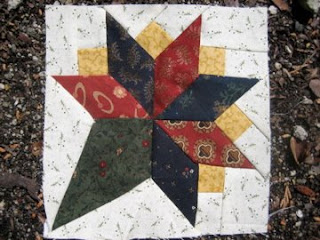 Bride's Bouquet was a little more difficult, since there were 12 Y seams to stitch - but once I got the hang of it I was all right. 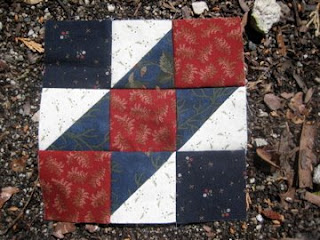 This square, Contrary Wife, was one of the simplest - since all it was was squares and half-square triangles. 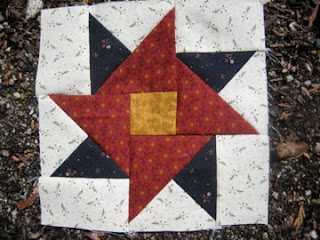 Eleanor Burns calls this cute square Hope of Hartford. It had the half-seam stitching - not really hard at all.


Right now I have 15 squares completed for this quilt. I need to do 3 more and will have the 18 necessary for the quilt in the book - and I'm going to do the ribbon border, I think.
Posted by Cyndi at 3:23 PM 3 comments:

Two Robins Home to Roost - recognize the second one? 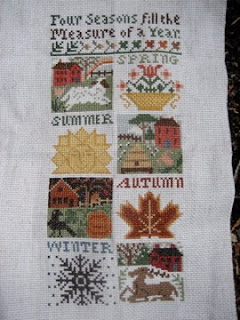 These two pieces made it home just before Spring Break. Both were for round robins on CSRR. I had to finish stitching on the piece to the right, so I took it with me and finished it up while we were in Bishop. It's called Measure of a Year and it's by Prairie Schooler. It was stitched on by Vicki, Isabel, Georgena, Cassandra, Lisa, Doreen, Melissa, Tina, and m.

The piece below is called Spring Chicken - but I don't remember the designer. It's NOT Erica Michaels, as I erroneously wrote earlier. Does anyone recognize this? I can't find the chart! It was stitched by Doreen, Helle, Melissa, and me. 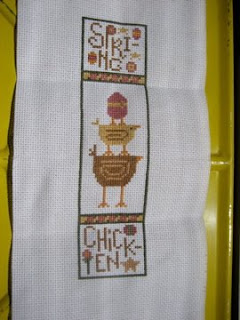 This is why I haven't posted in a while 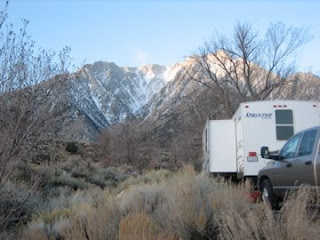