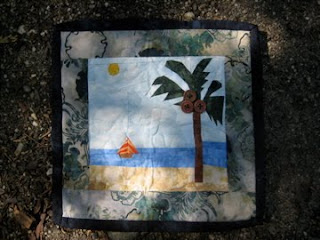 In my STUD (Swap Till You Drop) Flickr group, the July-August theme was landscapes.  My partner, Lish, made me this wonderful beach scene.  It's paper-pieced, and just beautiful!
Posted by Cyndi at 6:25 PM 1 comment:

Blocks made for swaps 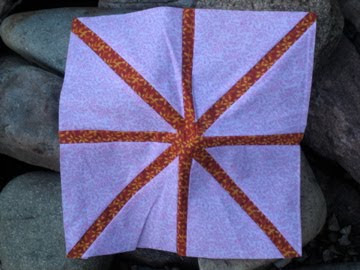 In my "Bee Obsessed" Flickr group, the theme requested for July was asterisks in pink and orange, though I learned after I'd made and sent the block that it was to be wonky.  Oh well - maybe I'll make a wonky one later. But this one followed the tutorial that we were supposed to use, and I think her quilt will be pretty cute! 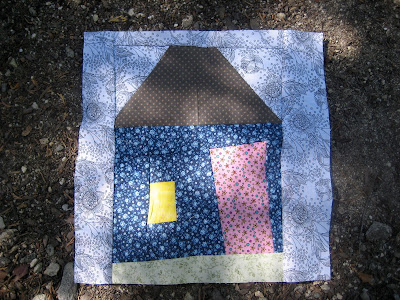 The theme for August was wonky houses - and this was my first attempt at doing one freehand.  I think it turned out all right! 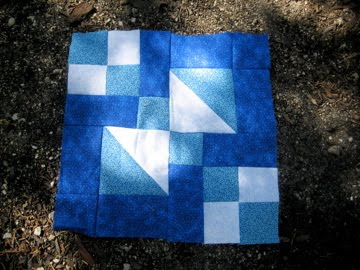 In a swap that I'm in on the Quilters' Message board, my partner requested the colors of Elmhurst College - dark blue, blue, and white.
Posted by Cyndi at 6:20 PM 2 comments: